The Current Focus: Residential, Commercial, or Both
Survey question: Are you primarily developing Residential or C&I (commercial & industrial) projects?

We asked energy storage developers where they are focusing the majority of their efforts – on residential projects, commercial and industrial (C&I) projects, or a combination of both. The results of our survey present commercial in the lead, with survey participants reporting commercial at 57%. Residential landed at 20% of total results, and the option for both residential and C&I came in at 22%.

The Hurdles
Survey question: What are the biggest hurdles preventing you from deploying more Energy Storage projects?

Developers reported that the largest hurdle they encounter is that the ROI of adding ESS isn’t compelling enough. This is a topic we think about deeply at ETB, and acknowledge some regional markets and application offer strong utility bill savings and economics, whereas others are frankly not compelling. And there is a strong correlation in markets with higher levels of ESS deployments and a strong value proposition, and vice versa. Procurement is the second-largest hurdle, where there is either a lack of product availability or too long of lead times. This was a subject we reported on extensively in our recent Battery & Energy Storage System – Supply Chain and Pricing Report.

Modeling and red tape tied as the third-most prominent hurdles preventing developers from deploying their projects, where there is a lack of confidence in the ability to model and/or present ESS savings. In terms of red tape, developers experience an onerous interconnection process and difficulties in attaining permits and ESS certifications. Following these challenges is the hurdle of changing price signals by way of utility rates and NEM frameworks. The final hurdles encountered by developers are financing and apathy, where there is a lack of ESS finances available and/or a lack of customer interest in ESS, and rather an interest solely in PV. 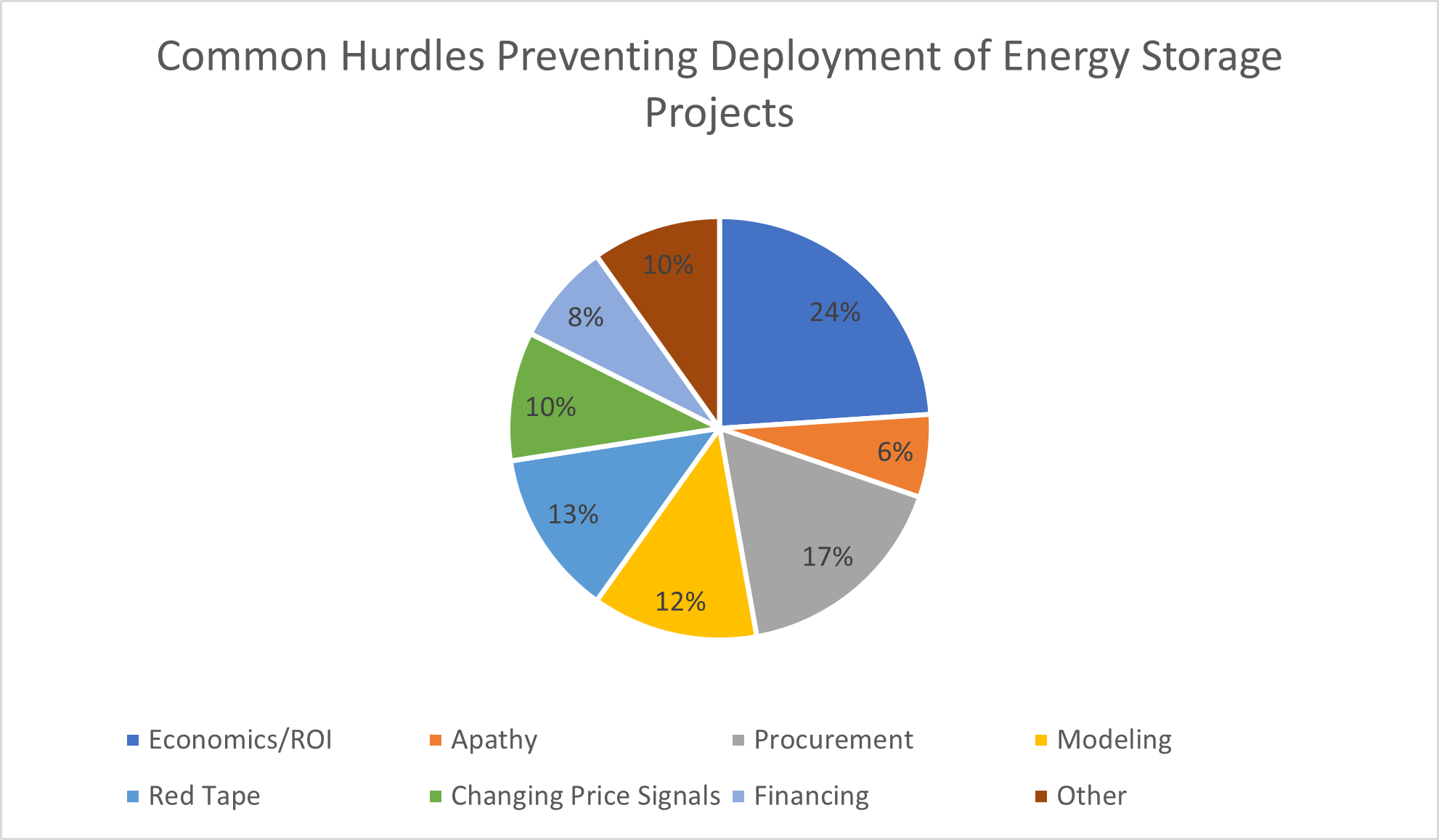 Potential Solutions
Survey question: What are the top 1 or 2 things that would help you close and deploy more ESS projects?

We asked survey participants what would be the top 1 or 2 things that would help them close and deploy more ESS projects. Two responses we received include the following,

“A better turn-key offering that required less customer involvement.”
“A decent commercial storage project (Powerpack 3 for instance) that fits cost curve that is financeable and also provides a back-up functionality.”

The Primary Motivators
Survey question: What are the primary motivators for your host customers to add energy storage?

We asked what the main motivators were for host customers to add energy storage. In somewhat of a surprise, the top motivator listed by survey respondents at 32% was “back-up power and resiliency”, with “ROI and strong project economics” coming in second at 26%. It’s worth noting that in a residential application it has long been widely believed that “back-up power and resiliency” is the leading motivator. Whereas in a non-residential, C&I application, the primary customer motivator is ROI and strong project economics.

Rounding out the other responses, in third place at 18% reported that solar self-consumption and preventing exports as the motivating factor. In fourth was the need to future-proof against policy changes, at 10% of total results. And ranking last was ESG and environment benefits at 8%. 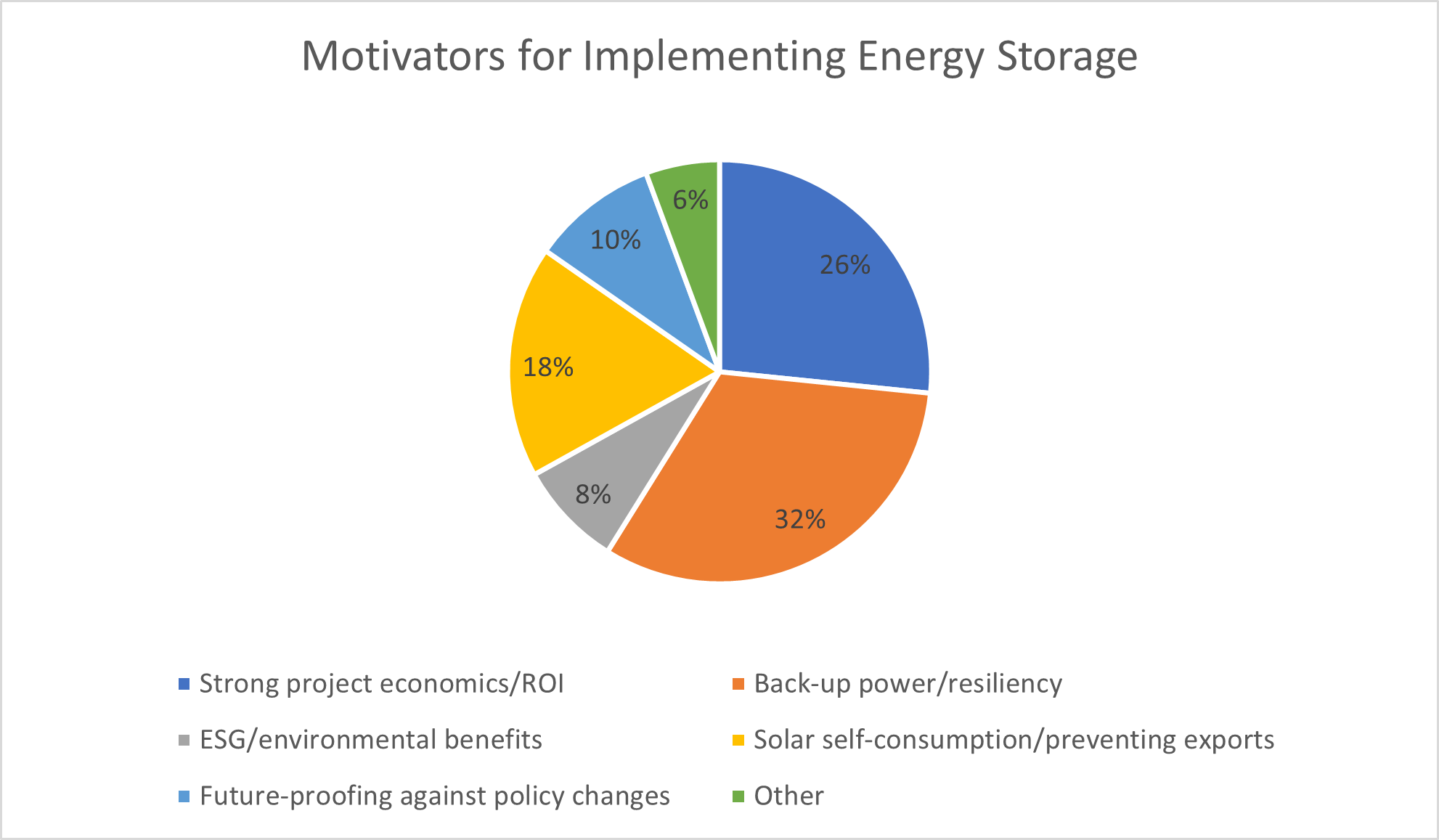 Expectations for Future Sales and Deployments of ESS Projects
Do you expect to sell/deploy more ESS over the next year, compared to last year? 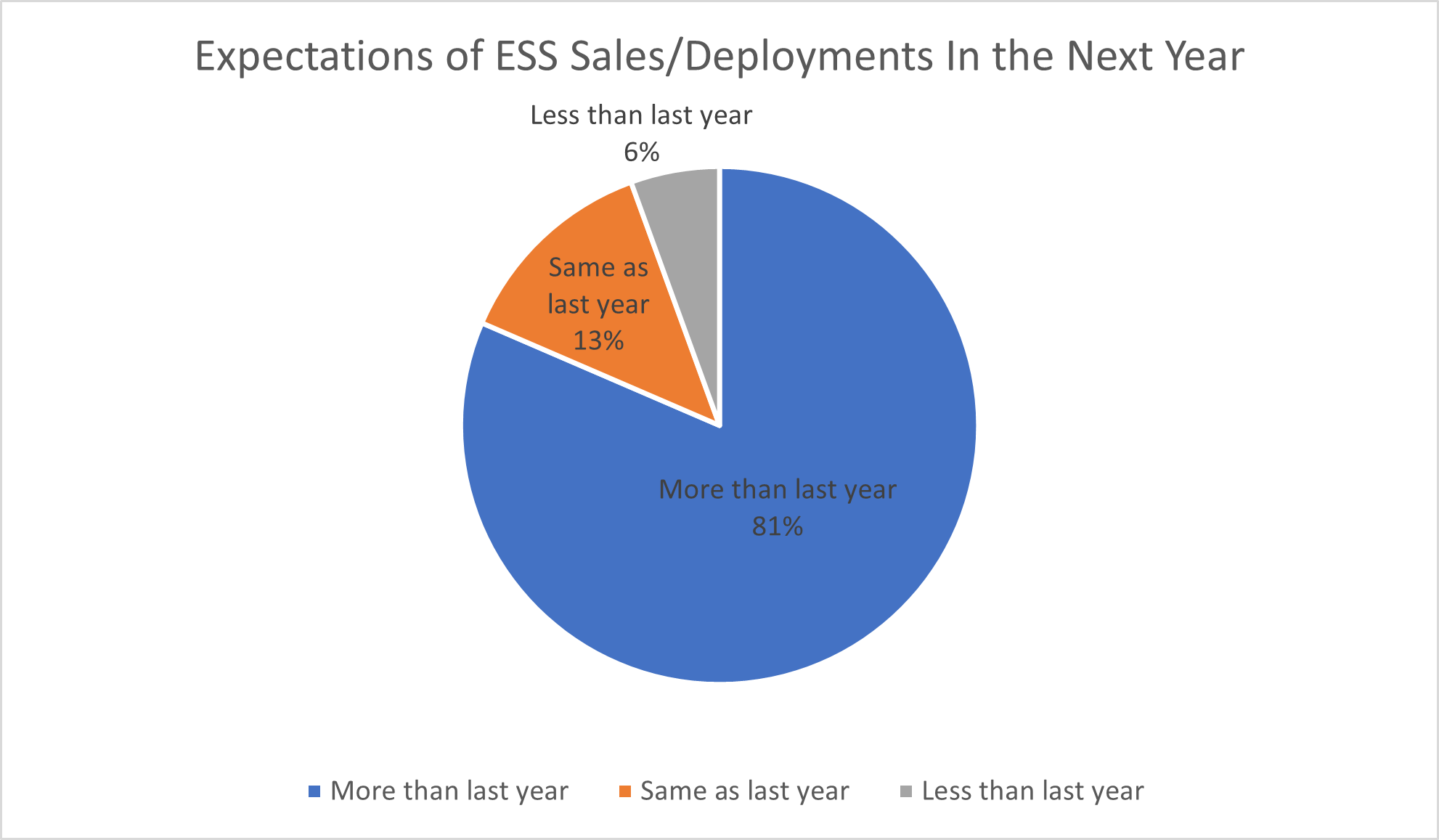