Southern California Edison (SCE), one of California’s big three investor-owned utilities (IOU), is implementing significant increases to their bundled electric rates. Starting Monday, April 13, 2020, SCE will raise rates by an average of roughly 7%, which will affect all categories of ratepayers. As stated in SCE’s recently filed Advice Letter 4172-E-B, the rate increases are targeted to increase SCE’s revenue requirement by $477.6 million dollars.

These rate increases were previously approved as part of SCE’s 2018 General Rate Case (GRC) settlement agreement, so the changes were previously known to be coming. But the timing for implementation is obviously not ideal considering that this comes during the heart of the COVID-19 pandemic. Currently, the entire state of California is under a shelter-in-place order, which was originally announced by California Governor, Gavin Newsom on March 19th.

We summarized the key provisions of the upcoming rate increase. We took it upon ourselves to dive into this untimely decision, lay out the facts, and uncover any silver linings. 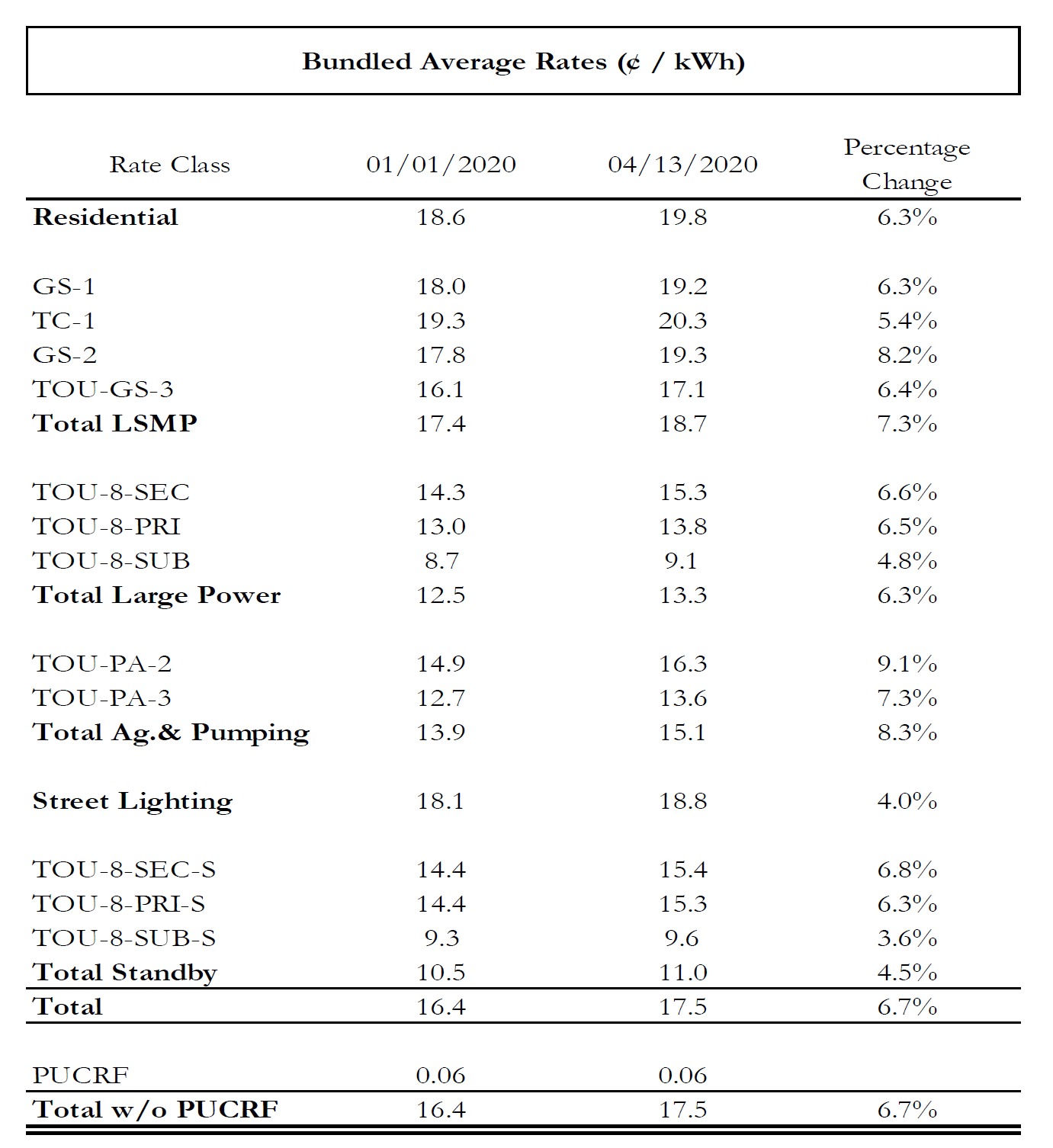 It’s important to note that these average bunded rates comprise many different charge components. When digging into the actual charge components that are changing, we discovered some interesting trends. A charge type that was consistently found to be the culprit for the rate increases was the New System Generation Charge (NSGC), which recovers costs associated with new generation assets. The NSGC is categorized under Delivery charges and was responsible for a large part of the overall rate increase, doubling in some cases.

In addition to the NSGC, the Competition Transition Charge (CTC) and Public Purpose Programs Charge (PPPC) are both also increasing. These increases are not nearly as substantial as the NSGC but are worth noting since they are both classified as non-bypassable charges (NBC). Therefore, exported solar production to the grid cannot net-out these charges, and solar customers will be required to pay these on all imported energy.

Overall, the rate increases are mainly found within the Delivery component of the rates. For many of the rates listed in the table above, the Generation component actually decreases. We picked one residential and commercial rate to unpack in a side by side comparison, looking at the new April rates versus the current January rates.

SCE’s TOU-D 4-9 pm rate is where most homeowners on a Time-of-use (TOU) rate currently are. When SCE begins defaulting all residential customers to TOU rates, currently set to take place Q4 of 2020, this rate will likely be the default.

When looking at the table below the charges for each TOU period are increasing uniformly by about 6%. In the introduction of SCE’s advice letter, they estimate “a typical non-CARE residential customer on a tiered rate schedule using 550 kilowatt-hours per month could see a monthly bill increase of $7.11 (approximately 6.2 percent), from a current monthly bill of $114.20 to $121.31.” 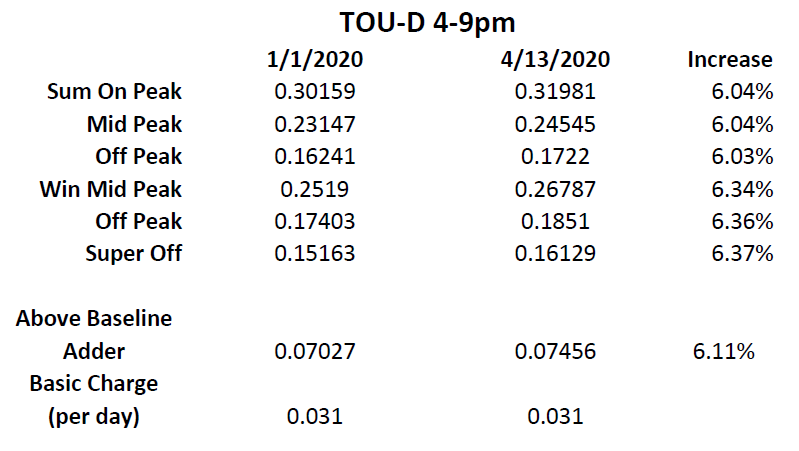 The most notable increases in SCE’s flagship TOU-GS-2-D rate are the 13% fixed, Basic Charge increase, and also the Non-coincident (NC)/Max kW demand charge, which increases almost 9%. The $/kWh energy charges inflate to a lesser extent. Not shown in this table, for small commercial and agricultural customers, the California Climate Credit will actually be decreasing by about 34%. 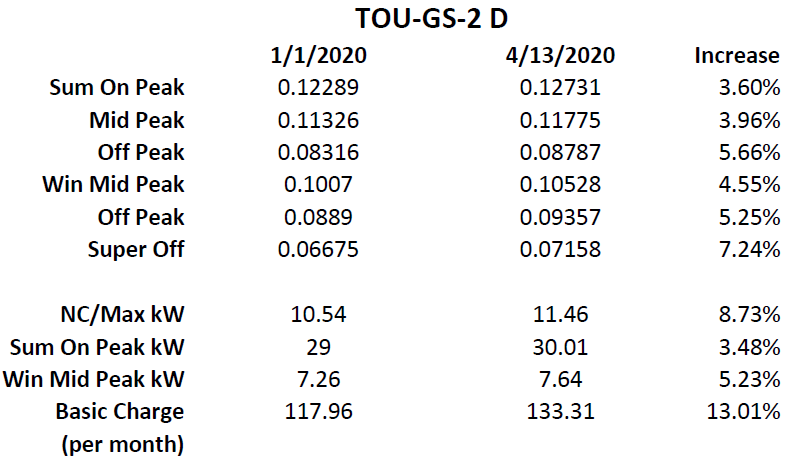 Updates Made in Energy Toolbase

The Energy Toolbase, in-house Utility Rates Team will update these rates in our database as soon as SCE publishes the official tariff sheets on their website, which we expect to happen on 4/13/2020. We currently maintain almost 200 different utility rate options in the SCE territory. If there are any rate options you’re looking to use that are not currently listed within our rates database, please reach out to our rates team at utilityraterequest@energytoolbase.com.