Southern California Edison (SCE) is following suit just like the other major IOU's in implementing new rates for its commercial, residential and agriculture customers. San Diego Gas & Electric shifted its on-peak hours in December of 2017, and Pacific Gas & Electric will shift in October of this year. For SCE, these new rates mean some significant changes to the value of solar and in turn, the way you're selling projects. Undoubtedly, the biggest change is the fact that the time-of-use (TOU) period will shift to 4-9pm, potentially eroding the value of solar.

These changes are coming, and they're coming quick. They become voluntary in March and having a thorough understanding of the changes and what the new rates will look like for solar and energy storage projects is crucial to anyone doing business in SCE's massive territory.  The game-changer is being able to model projects with these rates before they're implemented. Users in Energy Toolbase have been modeling their projects with these proposed rates for months, future-proofing them and getting to know what these rates will do to their proposals in order to accurately present them to customers. To do this, we broke down the major changes that you'll be seeing within SCE's new commercial rates once they become voluntary in March. We broke down SCE's proposed residential rates in another recent blog post.

The biggest change in these new rates will be the on-peak period shifting to 4-9pm for both commercial and residential rates.

For small commercial customers, there are three options to take: 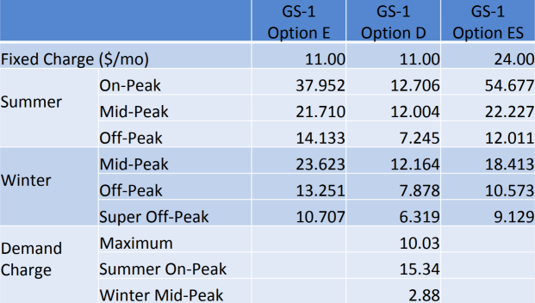 For large commercial customers, there are 3 main rate schedules: TOU-GS-2, TOU-GS-3, and TOU-8. Currently, the applicability for these rates deals with the customer’s monthly max demand: 20 to 200 kW for GS-2, 200 to 500 kW for GS-3, and any customers with a max demand exceeding 500 kW would be under TOU-8. Right now, these rate schedules offer options A, B, and R; again those options are being replaced with Options D and E. 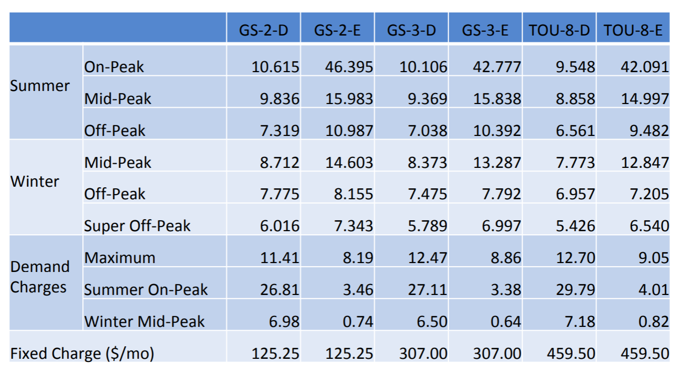 Moving that on-peak period to much later in the day makes these rates very unfriendly to solar. More than ever, storage is going to play a huge role when it comes to avoiding those high peak charges (i.e. energy storage will play a big role for those commercial customers under Option E in avoiding the high summer peak charges). Energy Toolbase has implemented features that allow our customers to incorporate the many aspects of storage into the avoided-cost analysis of their projects. If you're selling or modeling projects in the SCE territory and you're not in the energy storage game, there's no better time than now to start. Storage systems will be extremely beneficial when these new rates roll out by simply hedging against these rates and increasing the annual savings despite the disadvantageous TOU period shift.

Our webinar includes case studies for both commercial and residential projects on how these rates will affect project economics, as well as the benefits of storage when these rates are implemented.