Modeling NEM-3 Scenarios in ETB Developer, and the Mechanics of how Avoided Cost Calculator (ACC) Export Values are Determined

We recently hosted a webinarWhat Will NEM-3 Mean for Commercial Solar + Storage Projects in California where we laid out the framework being proposed by the three main investor-owned utilities (IOUs) for California’s successor net-energy metering (NEM) tariff. Referred to as NEM-3 or NEM 3.0, California’s next NEM tariff iteration is expected to introduce radical changes from the state’s currently effective NEM-2 solar export compensation structure, which has been in effect for just over five years.

It is widely expected that NEM-3 will erode the value of customer-sited solar by severely cutting the value placed on solar exports. Pacific Gas & Electric (PG&E), Southern California Edison (SCE), and San Diego Gas & Electric (SDG&E) referred to as “The Joint Utilities” throughout the proceeding, have proposed a “Reform Tariff” which includes an Export Compensation Rate (ECR) based on the Avoided Cost Calculator (ACC) and a fixed non-bypassable “Grid Benefits Charge” (GBC) assessed monthly and based on solar PV system size.

The California Public Utilities Commission (CPUC) is expected to release a Proposed Decision on the matter in December 2021, with a Final Decision to follow in the first quarter of 2022. Therefore, time is dwindling for new, potential solar customers to move their project forward and lock in grandfathering protections under NEM-2. The grandfathering eligibility specifics can be foundin our previous blog here. Given that NEM-3 will erode the value of solar, developers can use the impending NEM-3 proceeding to their advantage by comparatively presenting both NEM-2 and NEM-3 savings and economics, to get their customers to commit and move their project forward now. In ETB Developer we now offer an accurate, objective, and transparent workflow for modeling NEM-3 scenarios which is detailed below.

How to Setup and Model NEM-3 Scenarios in ETB Developer

Our Utility Rates Team created a new specially designated utility titled “California NEM 3.0” within our rates database to house the proposed NEM-3 rates for each of the IOUs. Users will see the IOU designated within the rate name followed by the rate tariff name itself. These rates have been added globally to our database, which means that they are readily available to all users. The effective date listed for the NEM-3 rates is associated with each utility’s most recent base rate change. All standard rates have been added. Should there be a rate needed that is not available, emailutilityraterequests@energytoolbase.com and our in-house Data Team will be happy to assist you.

The export values of the NEM-3 rates we created utilized raw, 1-year Levelized Avoided Cost Calculator export values. We effectively took the 8,760 data generated by the calculator and aggregated averages per time-of-use (TOU) period. We performed these steps individually for each of the three IOUs, and then applied rounded averages on the “Export Rate” line item, which can be seen when viewing Rate Schedule Details. 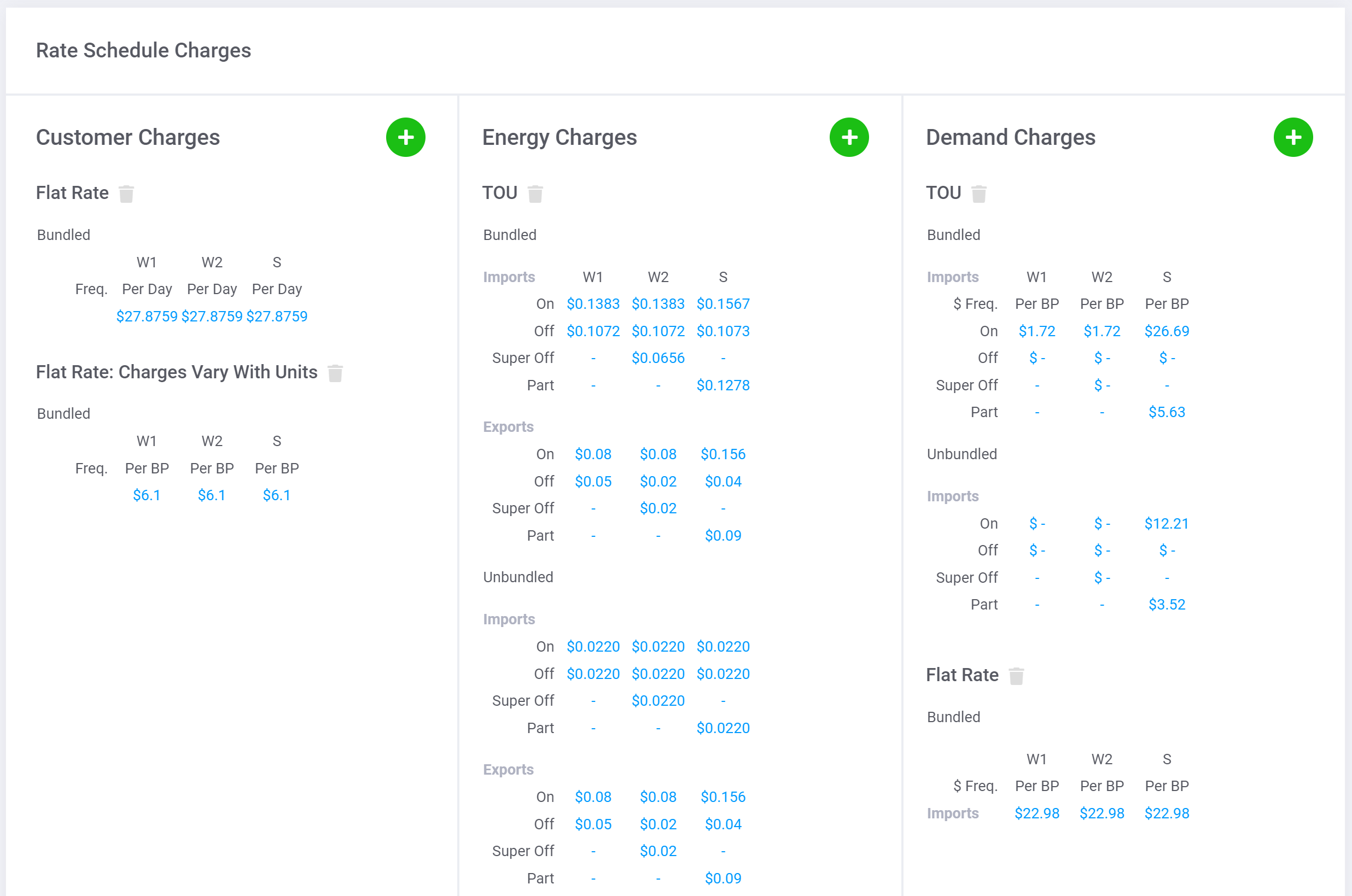 It is important to note that several parties to the NEM-3 proceeding proposed different methodologies for setting export values, including having exports get valued on an hourly basis. Our methodology utilized a simple TOU window average, which could lead to a small discrepancy if values were set on an hourly basis. It’s also worth noting that The Joint Utilities proposed capping export values to not exceed each IOU’s volumetric retail commodity rate in each time period, which is an aspect that we did account for within our NEM-3 rates.

Once the Users can easily model NEM-3 standalone solar and solar + storage projects within our ETB Developer platform. Below are a few steps users will want to follow when generating proposals using our NEM-3 rates: 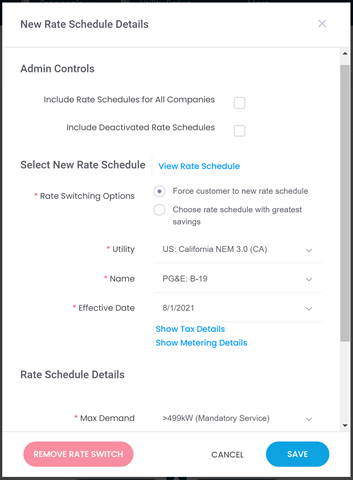 The ACC was originally created by E3, Energy and Environmental Economics Inc, to aid the CPUC in demand-side cost-effectiveness proceedings. The calculator generates hourly avoided cost values – the amount an electric utility saves when distributed energy resources (DERs) are installed.

The Avoided Cost Calculator is housed in an Excel workbook titled2021 ACC Electric Model and must be downloaded. User inputs can be found under the Dashboard Viewer tab. This is where you will select the utility and climate zone in addition to the Start Year and Levelization Period. The NEM-3 rates that ETB based our export values on utilized a 2022 Start Year and a 1-year Levelization Period. 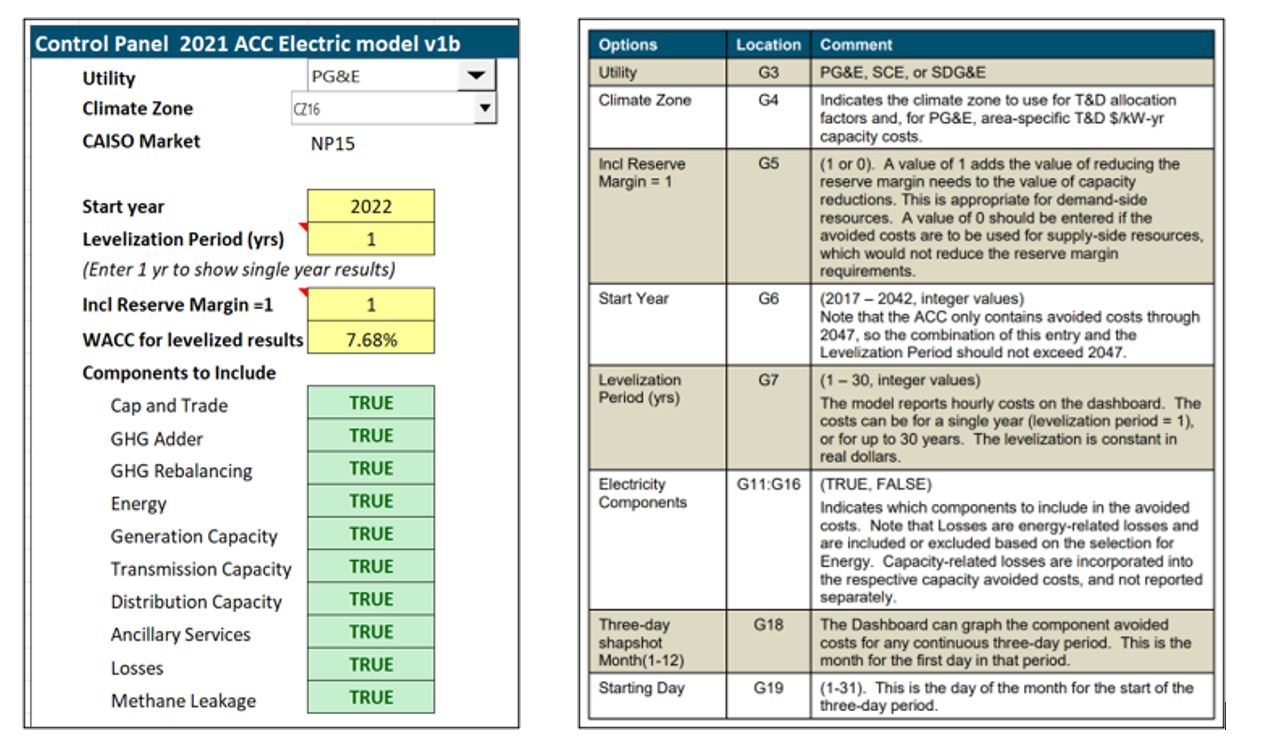 The 8,760 hourly results will be displayed within the Total Levelized Values column found within the table below the user inputs. We extracted these avoided cost figures for each IOU and formatted them per TOU period to generate the export values included within the NEM-3 rates we created.

The Avoided Cost Calculator is updated annually, around the middle of the calendar year, with major modifications taking place every two years. The significant 2021 ACC update that took place this past June was unexpected, with considerable changes implemented just last year. Adjustments are made based on current market conditions, including solar and storage penetration and technology cost estimates. This year’s update caused the “value of solar” to be cut by roughly one-third when compared to the 2020 ACC export values. It’s expected that modifications made in 2022 will cause avoided cost values to fall somewhere between those generated by the 2020 ACC and 2021 ACC.

The CPUC is expected to release its Proposed Decision in early December, which is 90 days after Reply Briefs were submitted. This will give proceeding onlookers a firmer idea of what California’s next net energy metering tariff iteration (NEM-3) will look like. However, it would not be surprising to see parties formally protest the PD, which could delay the Commission voting out a Final Decision. While some aspects of the NEM-3 proceeding are anyone’s guess, it’s generally expected that the Avoided Cost Calculator will be relied on heavily when determining the value placed on solar exports. Our policy and product teams will be closely monitoring the NEM-3 decision and we expect to promptly implement any necessary platform revisions or workflows to enable precise and streamlined modeling based on whatever rules the CPUC lands on. How quickly or slowly the CPUC decides to phase in the new export rates is to be determined. We detailed the different possible scenarios in our recent blog:The Glidepath: How Smooth will the Transition from NEM-2 to NEM-3 be in California.

Sign up for a free 14-day trial to start modeling your projects with the NEM-3 rateshere.

The Net Metering Successor Tariff “NEM-3” Proceeding in California has Officially Kicked Off
Tweet
Share
NEM-3 “Net Billing” Tariff Revised Proposed Decision (November 2022) – Summary of key issues, What it means for Solar and Storage Economics, How to Model Projects in Energy Toolbase
Tweet
Share
NEM-3 is Delayed Once Again as the CPUC Asks for Input Prior to Issuing a Final Decision
Tweet
Share